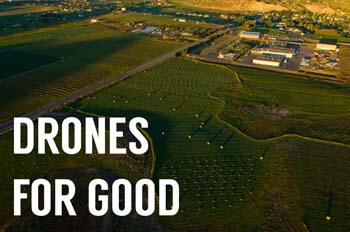 From PopSci: Drones Could Use Lasers to Find Unexploded Bombs

Long after the rifles of war are silent, danger still lurks in old battlefields. Some unexploded bombs are left behind deliberately, in minefields that once had tactical importance but were later rendered strategically irrelevant by shifting front lines. Others result from manufacturing error, with bombs that didn’t do their job still carrying explosive bellies from decades ago. All of it is deadly and difficult to deal with, but drone-maker Arch Aerial hopes to use their drones for the work of finding and clearing bombs.

he American bombing campaign in Laos, performed during the Vietnam War, lasted from 1964 to 1973, and dropped 2.5 million tons of bombs on the country. The remains of unexploded bombs kill about a 100 people every year in Laos.

At the SXSW conference, Arch Aerial’s CEO spoke of using laser imaging LIDAR attached to octorotors to look through vegetation in Laos and map areas that might have been military targets–such as overgrown bunkers and wrecked vehicles. LIDAR can scan through the gaps between leaves in trees, so it can reveal structures under the canopy that might be hard to see otherwise.

By finding the intended targets of a 50-year-old bombing campaign, drones could help focus the search for unexploded bombs. It’s not, in and of itself, a solution to the problem, but it’d be nice to see American drones abroad removing bombs instead of dropping them.

Progress continues at Houston Methodist Hospital in Baytown! Tellepsen Builders has done outstanding work at this f… https://t.co/GuEcoJMKJc about 9 hours ago
Another day conducting methane detection patrols for #ESG minded pipeline operators! #texas #permian #drone #uav… https://t.co/23YeZ9dngS about 2 days ago
Things are getting close to completion at Six Pines with Building Concrete Solutions! #houston #htx #dallas #dfw… https://t.co/pSJ12pFs2X about 2 weeks ago
These folks don't stop building! Great work by @alstonconstruct on their recently completed HITC project. We were g… https://t.co/hSKYs9y15R about 2 months ago
The team at @SVCCDallas has completed another top-notch project, this time with the folks at @CriswellCollege. Look… https://t.co/o4XWq2XDh7 about 2 months ago